We have moved to: The Old Church, Quicks Road, Wimbledon, SW19 1EX. Please supply documents digitally during COVID-19. Contact us for information. 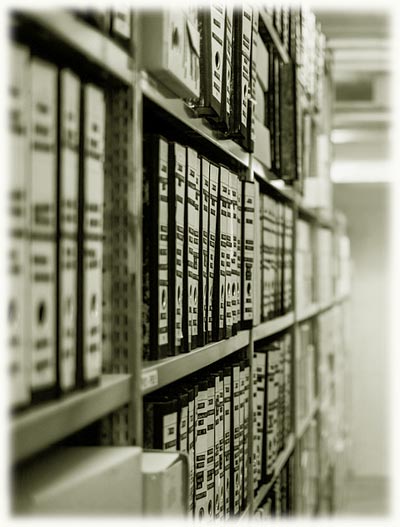 The valuation methodology use to determine the premium payable by leaseholders for a statutory lease extension or freehold asset is laid down in the Leasehold Reform Housing and Urban Development Act 1993 ('the Act') as amended by the Commonhold and Leasehold Reform Act 2002. As both acts are now somewhat dated, however, case law has begun to play a significant role.

The last two-three years have seen significant increases to the premiums paid by leaseholders, the reasons for which may often appear opaque. The following article hence provides a breakdown of the most recent case law, and its impact on leasehold valuations. The principal changes have affected either marriage value or ground rent capitalisation which we address in turn.

Once a lease has less than 80 years remaining, legislation stipulates that the increase in the value of a property caused by freehold acquisition or statutory lease extension must be shared 50:50 with the current freehold owner. This additional charge is known as 'marriage value'. The relevant increase in flat value is determined by 'relativity' - the value of the property with current lease as a percentage of the market value with share-of-freehold.

Because of a legal technicality, properties must be valued as if the rights to freehold purchase or lease extension - provided by the Act - do not exist. It would be more difficult to sell flats with shorter leases without these rights. Hence, values of flats with short remaining lease terms must be discounted for 'Act rights' to reflect the 'no-Act world' stipulated by legislation.

Traditionally, the First-tier Tribunal (Property Chamber) (FTT) relied upon averages of relativity graphs published in the 2009 RICS Research Report "Leasehold Reform: Graphs of Relativity". These had been compiled by various agents from real-world sales data without specific adjustment for Act rights.

In the Upper Tribunal decision of Sloane Stanley Estate v Mundy (2016) UKUT 0226 (LC), confirmed by the Court of Appeal decision in Mundy v Sloane Stanley Estate Trustees (2018) EWCA Civ 35, it was determined that relativity should be defined principally by market evidence. Only where such evidence is lacking should reliance be had on historical graphs of relativity. The Gerald Eve 2009 curve was recommended as the data used in its preparation pre-dated the Act (and hence clearly reflected the no-Act world). As the Gerald Eve curve was derived from Prime Central London (PCL) sales data, however, this had the effect of significantly increasing premiums for properties outside of this area.

The situation was further exacerbated for leaseholders by the decision in Denholm v Stobbs [2016] UKUT 288 (LC) where it was argued that the Gerald Eve curve was too historical and should be be modernised by adjusting downwards in the freeholder's favour.

Relativity was again revisited in the Upper Tribunal determination of Reiss v Ironhawk Ltd (2018) UKUT 311 (LC), which broadly confirmed the previous decisions but specified that the Savills 2015 Enfranchiseable relativity curve was the most reliable as it was the most modern. This was again bad news for leaseholders as the Savills 2015 Enfranchiseable curve produces more onerous relativities than the previous 2009 curve averages. Unfortunately, the adjustment for Act tights was not addressed by the Upper Tribunal as these had been agreed between the respective surveyors prior to hearing. Whilst Savills have also produced a 2015 Unenfranchiseable curve (taking into account Act Rights) this was prepared by curve fitting through limited data points and should be considered unreliable.

The protocol for valuation practitioners post Reiss v Ironhawk Ltd is hence to apply the Savills 2015 Enfranchiseable curve and argue for an appropriate Act rights adjustment. Notwithstanding such relatively clear directions, the FTT has displayed significant variability in applying these precedents - particularly with properties outside of London. In one of our own cases, Naveen Sagar v Felix Dheepak Jebaraj Samuel LON/OOAJ/OLR/2018/1036 the FTT reverted to the historical approach of applying an average of 2009 Greater London relativity curves. Such divergence of interpretation has now arguably been resolved by the Upper Tribunal decision in Barry and Peggy High Foundation v Zucconi (2019) UKUT 0242 (LC). This determination effectively stipulated that the ruling in Reiss v Ironhawk Ltd should be followed, and that the Savills 2015 Enfranchiseable curve should be preferred.

What this means in practice is that leaseholder rights to freehold purchase, or lease extension, should be taken up before the 80 years remaining lease-term limit has been passed.

Ground rent is rent paid by the leaseholders to the freeholder under the terms of the lease. It is generally a relatively small amount per flat (£100 to £500 a year).

In 70-80 years time, a ground rent payment of £100 will be worth much less in real terms due to general inflation. Future ground rent is hence discounted using a percentage value known as the 'capitalisation rate'. This rate is determined by the level of the rent due and the area in which the property is located.

In the case of St Emmanuel House (Freehold) Limited and others v Berkeley Seventy-Six Limited CHI/21UC/OCE/2017/0025, 26 and 29 (the "All Saints" case) the FTT determined a low capitalisation rate of 3.35%. This represented a significant reduction from the more traditional 6-7% capitalisation rates, and correspondingly a big increase in premium for the leaseholders.

As a FTT decision, however, the All Saints case was not precedent-setting. Consequently, during the later FTT determination in The Cedars (Belmont Hill) Limited v Anthony David Shamash & David Shamas LON/00AZ/OCE/2018/0120, the panel stated that "We do not find the All Saints decision to be of any assistance in deciding the capitalisation rate in this case and consequently we put it to one side." A capitalisation rate of 4.75% was subsequently determined - still much more expensive for leaseholders than previous decisions.

Both cases involved ground rents adjusted in line with future inflation. In the latter case, rents were linked to property market value, whilst in the All Saints case, they were linked to RPI. For these determinations the Tribunal adopted the Equated Yield of the Current rent method (EYC) which considered the current rent and estimated rent payable after the first review date. Future rent increments were not estimated but were instead accounted for in the capitalisation rate applied. The low capitalisation rates were hence applied to take into account future rent adjustments.

An alternative method would be to estimate, using inflation trend data, all future rent increases due under the lease. When using this methodology (the Equated Yield adopting Future income growth (EYF)) a capitalisation rate closer to 6% would be required to produce the same valuation as in the All Saints case. This technical difference has, however, been somewhat overlooked by valuers acting for freeholders who often propose an All Saints style capitalisation rate in almost all circumstances.

What this means in practice is that leaseholders should instruct a valuer experienced in leasehold matters, who can confirm that the capitalisation rate applied matches the methodology used and argue accordingly.

Leasehold valuation case law will continue to evolve, and inevitably, as freeholders are often better placed to fund higher court challenges to the status quo, it is likely that decisions will continue to favour freeholders. At least, that is, until long-planned Government reforms approach the legislative stage.