Is Help to Buy also Help for Leaseholders? 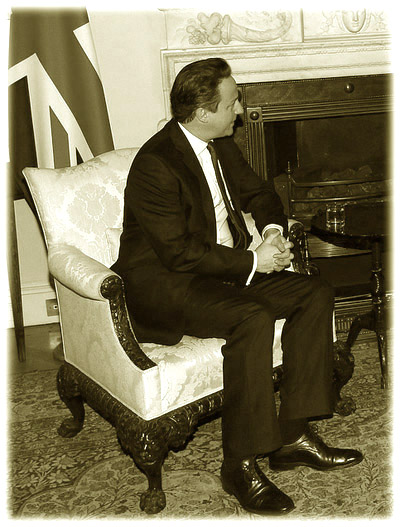 Much has been touted in the mainstream press about the Government's Help to Buy (HTB) scheme and what it means for buyers struggling to get on the property ladder. Introduced in September 2013, three months ahead of schedule, HTB enables purchase of a home worth up to £600,000 with just a 5% deposit. The Government guarantees the next 15% of the loan for a fee, minimising banks' potential losses. This in turn enables them to offer cheaper mortgages to higher-risk customers.

What does this mean for leaseholders who own a long lease (typically 99 years) on a property whilst title to the underlying land remains with the landlord/freeholder? Well, at least for leasehold owners in London, it may make it easier to find a buyer should they choose to sell. This is, however, not the only transaction that concerns leaseholders. They may also wish to either extend an ailing lease (Leasehold Extension) or, with their neighbours, purchase the freehold outright (Collective Enfranchisement). Has HTB affected either of these statutory opportunities?

In order to examine this in more detail some background to how Leasehold Extensions or Collective Enfranchisements are valued would be helpful. This is a specialist type of surveying work which relies upon calculations set out in statute. The results of these calculations are generally determined by four things:

The annual ground rent and length of lease are enshrined by the lease itself whilst the market value of the property and the desirability of its location are more subjective. The importance of each factor in the eventual valuation can also vary significantly. With a long remaining lease prescribing high ground rents, the market value is of lesser importance. The reverse is true for properties with a short remaining lease (less than 80 years) and low ground rent. This is particularly the case because once leases drop below 80 years, an additional payment becomes due to the freeholder on Leasehold Extension or Collective Enfranchisement. This payment is known as “Marriage Value” and enables the freeholder to share in the resultant increase in the value of the leaseholder's property.

In recent weeks, whilst carrying out Leasehold Extensions or Collective Enfranchisement valuations on properties with short remaining leases, Pro-Leagle has encountered a marked change. The market value of the property used in calculations is normally determined with reference to recent sold-prices of equivalent properties. In short, it is based upon concrete evidence rather than speculation. Although sold-price data traditionally lags behind asking-prices by a few months the two generally correspond. We have, however, recently observed a marked divergence.

In locations as disparate as south-east Wales to North London we have encountered multiple examples where local estate agents are recommending 2014 asking-prices of 15-20% higher than sold-prices from the summer of 2013. One might argue that even similar properties down the same street can actually be very different, and that such variations are the result of trying to compare apples with oranges. The instances discussed here though all relate to leaseholders who purchased properties during the summer of 2013 and are now exploring the potential for informal Leasehold Extensions or Collective Enfranchisement. The same properties are hence being valued nearly a fifth higher than they were six months ago.

It is perhaps understandable that HTB has fuelled such speculation. Prior to the scheme's introduction the mortgage market had reached a point where, particularly in London, the affordability limit for UK first-time buyers was being tested. By guaranteeing 15% of mortgages, the Government secured a brief breathing space. Unfortunately it appears that sellers are now often adding this 15% directly on to market values - suggesting that affordability may again become stretched in the near future. Whether this actually transpires will depend on the level of demand for HTB and whether such asking-price increases translate into sales.

Much of this is obviously anecdotal, but does it still have implications for leaseholders holding short remaining leases? Indeed it does. When obtaining a valuation, or interpreting one provided by the freeholder, it is now absolutely critical to ensure that the market value assigned to the property relates to concrete sold-prices. Until there is data from the District Land Registry confirming the effects of HTB on house price inflation, current high asking-prices remain speculative. Allowing usage of such asking-prices in a Leasehold Extension or Collective Enfranchisement valuation may increase costs payable by leaseholders significantly without solid justification.

If you as a leaseholder are worried about how this may affect your valuation, we are here to help. Pro-Leagle offers free, simplified Leasehold Extension or Collective Enfranchisement calculators hosted on our satellite sites. These will inform you on how important the property market value is to your specific circumstances. We are also available to produce professional valuations, consult on existing valuations or negotiate on your behalf.

Getting the valuation right before you begin the process of extending your lease or buying the freehold could save you thousands of pounds. It pays to be informed.