Consent to Underletting - How Much Should 'Yes' Cost? 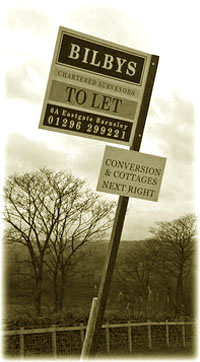 Many leaseholders wish to let their flat at some point following purchase. The legal term for this is 'Underletting'. A common dilemma facing leaseholders is "Will the freehold owner consent and if so, at what price?" Similarly, freeholders may wonder whether they are able to block a request or how much to charge.

There is usually a clause in the Lease which prevents a leaseholder from Underletting without the consent in writing of the freehold owner. In legalese, this is called a Qualified Alienation Covenant. An example of such a clause is as follows:-

"The [Leaseholder] shall not underlet the Demised Premises without the prior written consent of the lessor or its agents (such consent not to be unreasonably withheld)". This article deals with the situation where the Lease does include such a clause but does not state a specific sum is payable for the consent.

The constant stream of Leasehold Valuation Tribunal decisions on these clauses in leases show that Consent to Underletting remains a fraught area for leaseholders and freeholders alike.

Where a lease contains a covenant against underletting without consent, this consent should not be unreasonably withheld. If a freeholder wrongly withholds consent, this decision can be reversed in the Leasehold Valuation Tribunal.

This Act shifted the risk onto the freeholder by requiring him or her to give consent within a 'reasonable time'. Unreasonable delays in giving consent can be met by a threat of legal action for damages by the leaseholder. There is no explanation as to what is meant by 'reasonable' but usually interpreted as reasonably promptly.

The new subsection 1A shifted the balance back in favour of the freeholders. For leases created after 1 January 1996, this provision allowed freeholders and leaseholders to agree specific circumstances in which the landlord could withhold consent. Where these circumstances existed, a freeholder would not be regarded as wrongly withholding consent. Nevertheless, if a freeholder refused consent where the circumstances did not exist, the leaseholder could claim damages for breach of statutory duty under the 1988 Act. Thus far, an argument on these grounds has yet to be heard in the Leasehold Valuation Tribunal.

Schedule 11 introduced a list of Administration Charges which are payable in addition to service charges and ground rent. One of the charges relates to “the grant of approvals under the lease or applications for such approvals”.

Can a Licence to Consent be subject to payment?

In short, yes. The charge for consent to underletting is an “administration charge” within paragraph 1(1) of Schedule 11 to the Commonhold and Leasehold Reform Act 2002 Act. This is because it is:

Whilst many leaseholders and freeholders correctly assume that a consent to underlet can be regarded as an “administrative charge”, under the 2002 Act, this merely reflects earlier legislation. Section 144 of the Law of Property act 1925 expressly reserves the right to require payment of a "reasonable sum in respect of any legal or other expenses incurred in relation to such licence or consent".

Accordingly, freeholders are entitled to charge a 'reasonable' Consent to Underlet fee, whether or not the Lease expressly states that a charge should apply.

What if there are preconditions stated in the Lease before a Licence to Consent is made?

Prior to the Landlord and Tenant Act 1988, it was decided in the Court of Appeal case Bocardo SA –v- S & M Hotels Limited (1980) 1 W.L.R. 17 that if a lease imposed any conditions before a Licence to Consent to Underletting could be made, these conditions must first be satisfied, whatever they were.

It also held that Section 19 of the Landlord and Tenant Act 1927 (as above) did not apply where there were any preconditions.

Some recent case law shows that the Bocardo principle has survived the Landlord and Tenant Act 1988. There is a good argument, however, to argue that it has not, where the preconditions are unreasonable. In The Upper Tribunal (Lands Chamber) case of Crosspite Limited –v- Sachdev (2012) UKUT 321 (LC) (details below), it was decided that where a clause states that consent should not be "unreasonably withheld", a freeholder would be entitled to impose terms and conditions (including costs) on the granting of the consent, where reasonable. Where this was the case, the Upper Tribunal stated that reference to Section 19 of the 1927 Act was not necessary.