Leasehold Properties and the Recession - the Bear Trap 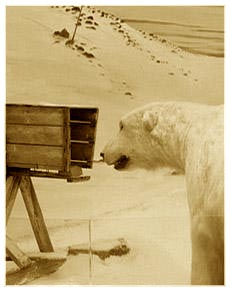 During the boom years, leaseholders faced dramatic increases in the cost of purchasing their freehold (otherwise known as collective enfranchisement) and obtaining a statutory lease extension.

Increasing house prices contributed to the increase in premiums. However, the case of Earl Cadogan -v- Sportelli heralded the greatest sea change as one of the United Kingdom's largest commercial freehold owners of leasehold properties successfully argued that Reversionary Value [1] should be concordant with the yields on other sorts of investments.

Cadogan successfully argued that the percentage rate investment return for freehold owners, hitherto dependent upon where you lived in the United Kingdom, should be fixed at the rate previously only adopted for prestigious properties located in Central London.

As a consequence of this case, and its unsuccessful appeal to the House of Lords, freehold premiums and statutory leasehold extensions in many instances doubled or tripled overnight. The result was that many leaseholders were required to re-mortgage their flat in order to fund the purchase of a freehold or lease extension, whereas previously, savings would have covered the amount.

Also bear in mind that since the statutory process of enfranchisement and lease extension was introduced in 1993, there has been an increase in the market value of leasehold flats by well over 200%. House price inflation over the last decade has had an impact on these premiums although not to the same extent as the effect of Cadogan -v- Sportelli.

Now the recession is biting, and house prices are falling throughout the UK, there is some reprieve for leaseholders wishing to purchase a lease extension or freehold share. Nevertheless, this does not mean that savings will definitely be made by forestalling during this delicate economic time.

Indeed, leaseholders who ride out the recession and allow their lease to diminish below the critical 80 year mark are in for an unpleasant surprise. These leaseholders, assuming that the UK has entered a bear market in terms of house prices, may not realise that premiums for leasehold extensions and freehold shares do not follow the same market economics.

The statutory cut off period is 80 years below which 'Marriage Value' is automatically applied to the cost of the premium. Marriage value is the profit made from a future merger of the freehold and leasehold interests and is shared jointly between the leasehold and freehold owner. In common parlance, this simply means that at the point a lease falls below 80 years, the freehold asset becomes worth more. The increased premium to a leaseholder can often double the amount previously payable.

To conclude, leaseholders should remain leasehold pro-active during the recession in order to maintain the value of their greatest assets. It is also important to ensure that leaseholders are able to sell their property as and when necessary without the potential of sales falling through due to a purchaser's inability to obtain a mortgage on a lease with a lower remaining term.