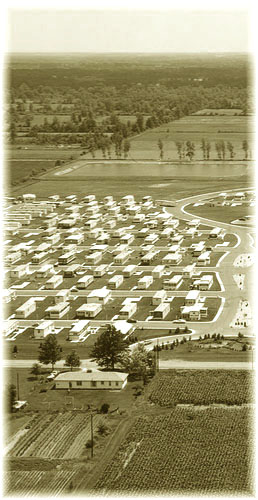 Many mobile home owners had little idea what was in store for them when they purchased their mobile home. The saying, "if something seems to be too good to be true..." was reflective of the mobile home market prior to the introduction of the Mobile Homes Law 2013 and supporting Mobile Homes (Selling and Gifting) (England) Regulations 2013. Up until then, malpractice in the industry was widespread. Site owners were capable of preventing the re-sale or gift of the mobile home, increasing the annual pitch fee to unreasonable levels, poor maintenance and changing park rules without consultation. Many have also been guilty of harassment and intimidation of site occupiers.

Communities Secretary Eric Pickles said, "For many, a park home lifestyle is a peaceful retirement ideal, but it only takes a few dishonest site owners to blight the industry by preying on vulnerable residents and neglecting their duty of care. That’s why we’ve now called time on the crooks, giving residents the rights they need and protecting them in law".

The Mobile Homes Act 2013 introduces long overdue amendments to the Mobile Homes Act 1983, in an attempt to close loopholes and, in the words of the Housing Minister, Mark Prisk, "root out the rogues" and give councils new powers to "protect the vulnerable".

The main changes cover the selling and gifting of park homes by residents, pitch fee review and park reviews. Much of the Act comes into force on 28 May 2013 although parts of it are staggered and do not enter into law until 2014.

The Residential Property Tribunal (RPT) will now determine disputes between the parties and it is likely that applications will be numerous.

What has changed and when will it be enforced?

Local authorities will also be allowed to charge park owners an annual fee (on a sliding scale). Failure to pay this fee could lead to revocation of a site licence

Local authorities in England will be given the power to refuse a site licence where the applicant is deemed ‘unsuitable’. There is currently no guidance on what this means.

The Act gives Parliament the ability to introduce a “fit and proper person” test for park owners and managers. This test may be introduced later if considered appropriate.

Local authorities are to be armed with new powers to enforce site licence conditions against park owners. If in breach of any of these conditions, the local authority may serve a "Compliance Notice" on the park owner. This Notice will:

Unless appealed successfully, failure to comply with a Compliance Notice is a criminal offence, punishable by a fine of up to £5,000 in the Magistrates’ Court (level 5). A third or subsequent prosecution could lead to revocation of the site licence.

If the breaches are not remedied following a Compliance Notice and prosecution, the local authority can undertake the works on its behalf and charge the owners for the cost.

One of the most serious concerns raised by Parliament prior to the new Act was “sale blocking” by site owners (i.e. preventing sale of the mobile home).

The new Act introduced important measures to stop this from happening. There are now three steps to selling a mobile home:

The occupier must serve notice on the park owner that he/she proposes to sell or gift the mobile home, and to transfer the occupation agreement, to the person(s) named in the notice.

A park owner wishing to object must serve a Refusal Notice (in a prescribed form) on the occupier and apply to the RPT for a Refusal Order preventing sale of the asset. These steps must be taken within 21 days from the date the park owner receives the occupier’s Notice of Intention to Sell. Failure to do so within the deadline automatically deems the sale/gift as approved.

There are only very limited grounds for seeking a Refusal Order and these are set out in the Regulations. A Refusal Notice can be invalid if it not in the prescribed form and contain all the information required.

The occupier may sell or gift the mobile home, and transfer the agreement, without the approval of the park owner. The new occupier must notify the park owner of the sale and assignment as soon as possible after completion of the sale/gift.

In BOTH cases, a gift of the home can still only be made to a family member of the current owner. Evidence must be provided of this to the park owner.

The Act also imposes a number of strict obligations on both the seller and the buyer, requiring them to provide certain information to each other and to the park owner. As a result, the sale/transfer procedure has become more detailed and complicated and specialist legal advice is recommended to ensure compliance.

Changes to Park Rules - To be confirmed

The new Act intends for all existing park rules to be replaced with a new set of rules, which are to be deposited with the local authority. Each rule shall become an express term of the Occupation Agreement. The procedure for amending the park rules in future will also change although the mechanics of this are not yet clear.

Presently, pitch fees can change each year in line with the change in the Retail Prices Index (“RPI”) since the last review date.

Although this will still be the same in most cases, it is important to note the following changes: