Purchasing your Freehold? An Investigation into Freehold Types 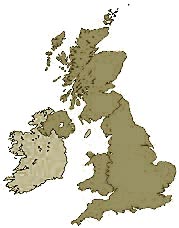 Although it is well known that leaseholders may encounter aggressive freehold bulls en route to purchasing their freehold, relatively few appreciate the assortment of freehold types reflected in the UK landscape.

Delving into the types of freehold that can be purchased on the residential market throws up a cluster of variables such as Flying Freeholds, Creeping Freeholds and even the ambiguous sounding 'Virtual Freehold'. Places as far flung as the Highlands and the Islands of Shetland do not escape with their own brand of freehold acquisition of landholdings, entitled 'De-Crofting'.

What is a Flying Freehold? 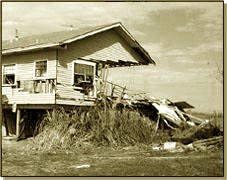 You would be forgiven for recalling scenes from the Japanese animation, Howl's Moving Castle.

The neighbour to the right owns property which is supported by land belonging to another. This overhang into his neighbour's land creates a Flying Freehold and becomes the subject of more intense scrutiny by mortgage lenders than is ordinarily the case. Mortgage Lenders will attempt to determine whether the purchase is too risky an investment, such as where no right of support exists or where there is no right to enter the property to maintain the part subject to the Flying Freehold.

The legal implications of the Flying Freehold have not been overlooked by creative freeholders during the Collective Enfranchisement (otherwise known as freehold purchase) process. In the Leasehold Valuation Tribunal case of Anchor Court, Marine Crescent, Worthing, West Sussex BN12 43E (Case No: CHIJ45UF/OCE/2003/0008) (2003), the freehold owner argued that the horizontal slice of air space above the building's flat roof was a separate legal interest comprising a 'Flying Freehold'. The freehold owner sought to retain this land as he believed it had development value.

Nevertheless, as a common law principle (set out in Megarry and Wade) states that a Freehold includes 'everything down to the centre of the earth and up to the sky, to such height as is reasonably necessary for the ordinary use and enjoyment of the property', the Tribunal determined that the freeholder's argument was misconceived. The leaseholders, therefore, acquired the freehold interest in the premises including the airspace.

What is a Creeping Freehold? 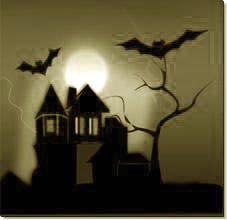 Again, you may encounter heavier scrutiny by mortgage lenders should you become involved with Creeping Freeholds.

The Virtual Freehold - Does it Exist? 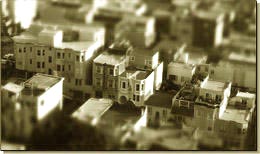 The quick answer is that it does not. It has been suggested that this comforting misnomer was invented by Estate Agents or Surveyors to assuage cautious buyers of long leasehold properties fearful of entering the leasehold market. The assumption was presumably that the freehold could be obtained providing that the enfranchisement criteria were met. 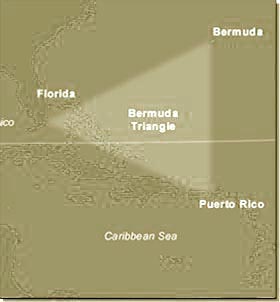 The much lauded Commonhold Title was the new type of title created by the Land Registration Act 2002. Its modus operandii was as follows: Rather than blocks of flats being subject to Leases, the new system split leasehold flats into Commonhold units (1 unit per flat). Each flat would be a member of a Commonhold Association (effectively a Management Company) with Rules contained in a Commonhold Community Statement. The Rules were intended to replace covenants that would normally be contained in a Lease.

It is doubtful whether any buildings have adopted the new Commonhold title as yet or whether any will. The consensus hence remains one of suspicion.

Freeholders, leaseholders and mortgage providers alike show considerable reluctance to this new form of home ownership. A silent breeze flows from the County Court and Leasehold Valuation Tribunal where any disputes would be raised. In short, Commonhold has disappeared into the void whilst the anticipation of its arrival continues to cause alarm.

One Final Rejoice: De-Crofting or Enfranchisement - the Scottish Way 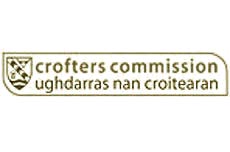 Crofting is a system of landholding unique to the Highlands and the Islands of Scotland. De-Crofting (similar to enfranchisement) is the procedure used to remove property from the clutches of the Crofters Commission. As is the case in England and Wales, purchasing the freehold of agricultural land is much more difficult than De-Crofting a house and garden. Nevertheless, as the available pool of croft land shrinks, the ability to de-croft under current legislation becomes a rarity.

Rather than go through the unwieldy bureaucratic and sometimes disappointing process of applying to de-croft your Tenure, why not cast around for a suitable heritable Lazybed instead? Just a thought (a Lazybed is a raised strip of cultivated land found in the Scottish Western Isles).